I'm so done with C

September 08, 2017
I have a real soft spot in my heart for C, and I really do think there are still some valid use cases for C. However, in most cases, you should use something higher level. Case in point:

I was watching a video on C called How I program C. Here's a screenshot: 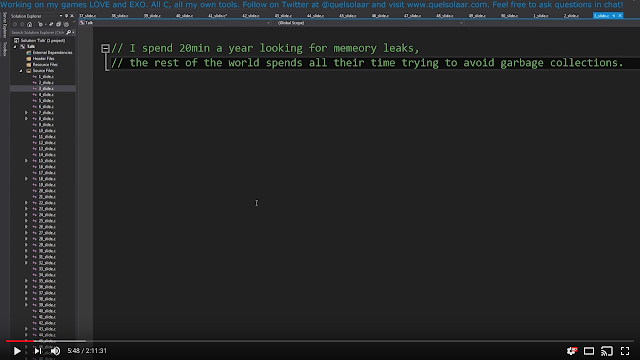 The video was highly recommended by someone. However, at some point he said (roughly), "I'd rather have 100 lines of C code that I wrote myself than 2 lines of mysterious code in a higher level language because I'll at least know exactly what's going on in the C code, so there won't be any bugs hiding."

It really made me think, where are bugs more likely to hide? 2 lines of Python or 100 lines of C? What about 2 lines of Go code?

Anyway, I was surprised that he said he said he only spent 20 minutes a year fixing memory leaks in his C code. Hence, I decided to peruse the comments on YouTube: