Having Fun with Linux on Windows on a Mac 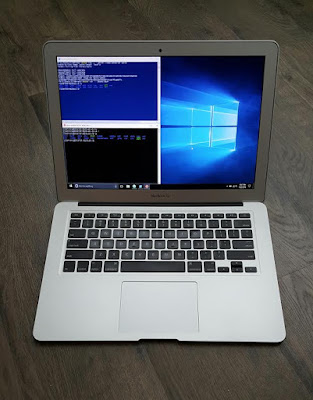 I thought I'd have a little fun. Here's a picture of Linux running on Windows on a Mac. I'm running Linux in two ways:

I'm running it all on a Mac I borrowed from work because I don't actually own any Windows machines :-P

jjinux said…
Shout out to Kevin and Sean from IT for letting me borrow the laptop :-D
1:28 PM