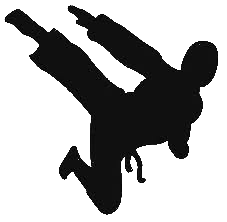 pip is a tool for installing Python packages. Python 2.7.9 and later include pip by default. If you don't have pip, you'll need to install it.

virtualenv is a tool for installing Python packages locally (i.e. local to a particular project) instead of globally. Here's how to get everything setup:

Nose is a popular Python testing library. It simple and powerful.

Now, create another file, ~/Desktop/sfpythontesting/tests/test_main.py with the following:

To run the tests:

Testing a function that raises an exception

Add the following to main.py:

And the following to test_main.py:

Your tests should still be passing.

Sometimes there are parts of your code that are difficult to test because they involve randomness, they are time dependent, or they involve external things such as third-party web services. One approach to solving this problem is to use a mocking library to mock out those sorts of things:

Add the following to main.py:

Now, add the following to test_main.py. This code dynamically replaces random.randint with a mock (that is, a fake version) thereby allowing you to make it return the same value every time.

Your tests should still be passing.

Here's a link to a more detailed article on the mock library.

Another approach to this same problem is to use dependency injection. Add the following to main.py:

And add the following to test_main.py. Instead of letting make_a_move_with_dependency_injection use the normal version of randint, we pass in our own special version:

To learn more about dependency injection in Python, see this talk by Alex Martelli.

Since monkeypatching and dependency injection can solve similar problems, you might be wondering which one to use. This turns out to be sort of a religious argument akin to asking whether you should use Vi or Emacs. Personally, I recommend using a combination of PyCharm and Sublime Text ;)

One benefit of using nose is that it can automatically support a wide range of testing APIs. For instance, it works with the unittest testing API as well as its own testing API. It also supports doctests which are tests embedded inside of the docstrings of normal Python code. Add the following to main.py:

Notice the docstring serves as both a useful example as well as an executable test. Doctests have fallen out of favor in the last few years because if you overuse them, they can make your docstrings really ugly. However, if you use them to make sure your usage examples keep working, they can be very helpful.

Ok, there's my lightning quick introduction to virtualenv, nose, mock, monkey patching, dependency injection, and doctest. Obviously I've only just scratched the surface. However, hopefully I've given you enough to get started!

As I mentioned above, people tend to have really strong opinions about the best approaches to testing, so I recommend being pragmatic with your own tests and tolerant of other people's strong opinions on testing. Furthermore, testing is a skill, kind of like coding Python is a skill. To get really good at it, you're going to need to learn a lot more (perhaps by reading a book) and practice. It'll get easier with time.

If you enjoyed this blog post, you might also enjoy my other short blog post, The Zen of Testing. Also, here's a link to the code I used above.

Marius Gedminas said…
I believe these days get-pip.py is the recommended way of installing pip (and setuptools):
http://www.pip-installer.org/en/latest/installing.html#install-or-upgrade-pip
5:04 AM

Sebastian Raschka said…
Thanks for the post! Totally missed "virtualenv"! Will come in very handy today.
8:55 AM