Is the Modern Smartphone a Computer? 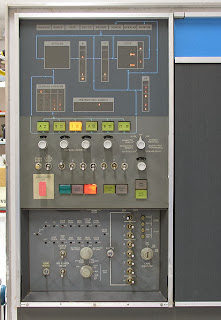 Of course it is!

If you look at the history of computers, the modern smartphone has all the same characteristics that computers have had since at least the 50s and 60s. It has a "central processing unit". It has memory. It has input/output facilities. It runs system software as well as application software. It has a mechanism for persistent storage.

In the days of the mainframe, there was a talk about ubiquitous computing where one of the speakers predicted millions of computers. One of the audience members thought to himself, "That's the stupidest thing I ever heard. Why would anyone need millions of computers? It's not like they're going to put them into every doorknob." Decades later, that audience member returned to that same hotel, and he had to use a key card to get into his room--they had put a computer into every doorknob. It's only fitting we should have one in our pockets as well!

albina N muro said…
Apps are the life of Smart phones; these have possibilities of millions of apps there need to be staying safe while using those apps. See how you can maximize your safety with these apps. samsung S3 mini cases
11:32 PM