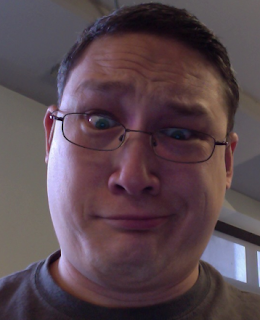 The WiFi at my house has been somewhat slow and unreliable lately, so I decided to look into it. I did a lot of experiments with Speakeasy's Speed Test. I also upgraded my wireless access point from a Linksys WRT54GL to a ASUS RT-AC56U, although that wasn't strictly necessary. I fixed it to the point where my DSL connection is once again my bottleneck. Here's what I learned.

Another thing I noticed is that a lot of the APs were using channel 6. Simply switching to channel 11 made my wireless stop sucking. My guess is that newer APs are better at picking the best channel than older APs are, but I don't know that for certain.

Furthermore, I suspect that my Linksys WRT54GL was dying. Since I have a 100 year old house, devices tend to die from time to time. Hence, I've had to buy a couple Linksys APs over the years. Sometimes doing a factory reset and then reconfiguring it is enough to fix the problem. However, this time, even though I could log into the device, when I tried to do a factory reset, it didn't work. I wonder if that could possibly do with old flash memory.

Here's another trick. My buddy at work, Chris Dudte, pointed out that almost everyone has 2.4Ghz devices and APs these days, whereas very few people use 5Ghz, even though the 802.11a standard has been around forever. If you're confused by the different frequencies and the different 802.11 wireless standards (as I was), check out this useful overview. I was able to setup a 5Ghz network for my wife and I (since we have laptops and phones that support 5Ghz), whereas the kids are on a 2.4Ghz network (since their Nexus 7s don't support 5Ghz).

As I mentioned, I upgraded my wireless access point and router from a Linksys WRT54GL to an ASUS RT-AC56U. The guy at work who's in charge of wireless gave me a thumbs up when I told him that, so I assume it was the right decision. Although I was able to fix my problems with the Linksys WRT54GL simply by changing channels, I'm excited about the ASUS RT-AC56U for a few reasons. My favorite feature is that I can use one device to run a 5Ghz protected network, a 2.4Ghz protected network, and a completely open, but segregated guest network. Previously, I was only using a 2.4Ghz completely open network (because I'm a fan of open networks). It's nice to be able to continue to provide an open network, while segregating and protecting the rest of my house. There are a ton of other features as well, such as the ability to plug in USB hard drives and USB printers, but I haven't tried any of those features yet. I'm also excited to try the new 802.11ac wireless standard that it supports, but I don't have any other devices that support it yet.

Since DSL is still the bottleneck, you might wonder why faster wireless speeds matter. When all of your devices only talk to the internet and rarely talk to each other, it probably doesn't matter. However, once in a while, I need to transfer things from one laptop to another. With the Linksys WRT54GL, transferring files between laptops over wireless was ridiculously slow. With the ASUS RT-AC56U, it's much better. Of course, I prefer to keep a cross-over cable handy when I move large amounts of data between laptops, but it's nice to have the wireless network if I only need to transfer a couple gigs.

Since I've mentioned DSL multiple times, you might wonder why I don't switch to cable. One reason is that I don't want to run cable to my house. I just spent a lot of money putting new siding on my house, and I don't want the cable guy to mess it up trying to punch a whole through it. However, the biggest reason I don't want to switch to cable is that Comcast cable is well known for being one of the most disliked companies out there. It routinely has the lowest customer satisfaction ratings. Hence, I stick with DIRECTV and AT&T DSL (which was originally SBC Yahoo DSL).

By the way, one thing that surprised me was that I can actually get faster download speeds over my T-Mobile phone (while on BART) than I can over DSL. However, the T-Mobile coverage at my house sucks, as does AT&T, Sprint, and Verizon.

If you're interested in the raw data for all of my tests, here it is:

Ian Bicking said…
Do you really need to be on 2.4ghz to talk to a device on the network? I thought generally these devices could talk to anything that was on the same local network, i.e., no NAT in between the devices. If you actually have two different routers then it'd be a problem, but even then only if you haven't set one of them up in bridge mode.

I sometimes suspect there are 2.4ghz non-wifi devices that really mess things up (we have a baby monitor that can be problematic), but it's hard to debug, and it doesn't effect signal strength only reliability of the packets. Also walls, damn walls.
10:32 AM

Chris Dudte asked the same thing. He was wondering if somehow there were UDP broadcasts that weren't making it from one network to the other. He told me to make sure they were bridged. I'll put my two laptops on separate frequencies and see what the IPs are and if they can talk. I'll also try ping.

Matt Singer said…
I actually have a better experience when the streaming receiver (Chromecast, AppleTV) are on the other band from the transmitter (Tablet, laptop)

This really reduces the latency and increases the throughput because the AP.

You should be able to talk to any device regardless of where it's connected unless you managed to turn on some feature like AP isolation, etc.

I have an Asus RT-N66U and have no problems.

Joe Fernandez said…
Ha! Sounds a lot like what I went through about 18 months ago with my old Linksys WRT54GS. It suddenly started sucking. Why? Old hardware? OK, replaced it with a well-reviewed Netgear WNDR3700. Still sucks.

I believe the biggest problem had to do with my neighbors all piling on to the same 2.4Ghz WiFi channel, which became obvious after doing some sniffing with Wifi Analyzer (Android app). I switched the Netgear to a less-used channel, and the complaints from my wife dropped off dramatically. :-) Success! I took it a couple steps further by repositioning the new router to a higher location (fewer physical objects between it and my devices), and then adding a 24-port, 1Gigabit Ethernet central switch and wiring a bunch of rooms with wall jacks to where network a connection was needed.

Anyway, glad to hear you solved your wireless woes and relieved to know I'm not the only one sweating my wireless connections. Cheers, JJ!
1:06 PM

Leon Atkinson said…
Check out Wifi Analyzer for Android. https://play.google.com/store/apps/details?id=com.farproc.wifi.analyzer It will show you a graph of which channels are being used by everyone near you along with the strengths. Even better than just picking a different channel.

I recently had a DSL outage and used my Sprint phone as a hotspot. Yeah, 4G speeds from the phone shared via wifi to the laptop beat DSL. It's expensive, though.

My Netgear router does both 2.4 and 5 at the same time. I thought I understood that newer cards would switch between frequencies as needed. The 5Mhz version does have a unique SID if you want to force 5Mhz. And everyone's on the same LAN. No trouble using my chromecast.
6:26 PM

Gorno said…
I agree. Your DSL connection is a bottleneck. Maybe it's time you upgraded.
7:33 PM

zippy said…
Are you on Speakeasy? I switched from Speakeasy to Sonic (also DSL) and about doubled my speed. Sonic also has great frontline techs. Not as fast as cable, but they're my favorite area ISP.
9:07 PM

jjinux said…
Thanks for all the comments, guys. You've given me a lot of ideas to try out!
3:06 PM

jjinux said…
I got rid of the section on Chromecast. I don't know what I was doing wrong initially, but it's a non-issue.
2:08 PM