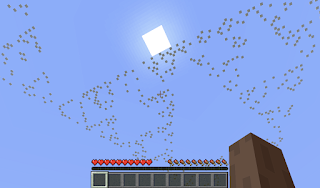 In his keynote at PyCon, Eben Upton, the Executive Director of the Rasberry Pi Foundation, mentioned that not only has Minecraft been ported to the Rasberry Pi, but you can even control it with Python. Since four of my kids are avid Minecraft fans, I figured this might be a good time to teach them to program using Python. So I started yesterday with the goal of programming something cool for Minecraft and then showing it off at the San Francisco Python Meetup in the evening. 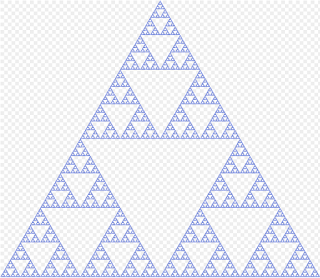 Between looking at the Minecraft Pi Protocol documentation and peeking at the mcpipy source code, it's pretty easy to figure out how to control Minecraft from Python. My next step was to figure out how to draw something cool. Naturally, the first thing to come to mind was fractals, but it's not so easy to draw most fractals with fixed sized blocks. However, Sierpinski's triangle is not so hard to draw using blocks, so that's what I did.

If you're interested, here are all the gory details.

Next, you need to install Bukkit. Note, you must use a version of Bukkit that is compatible with your version of the Minecraft client. For me, that meant installing the latest, development version of Bukkit. See here for more information: To start the server, execute the start.command file. To stop the server, type "stop" into the console.

Next, I installed RasberryJuice. Download the jar file and move it to ~/Local/bukkit_server/plugins. Then type "reload" in the console where Bukkit is running.

Next, you'll need to install Minecraft itself. That costs roughly $30. I put it in ~/Local. When I first ran it, it insisted on installing "Java 6". To connect to your local server, choose Multiplayer, then Direct Connect, and then enter "localhost".

To install mcpipy, you can either use Git (if you have it installed), or you can download and uncompress the zip file. I put it in ~/Local/mcpipy. To test that it's working, try: This will draw a rainbow in your running copy of Minecraft. After running the command, assuming there were no errors, it takes a little while for the rainbow to show up.

To try out my code, create a file called ~/Local/mcpipy/jjinux_sierpinski_triangle.py with the code from above. Then run: It'll print out messages as it draws all the blocks. This will draw Sierpinski's triangle in the sky. It takes a minute or two to show up. You can tweak the script to draw the triangle using more blocks or with a different type of block. However, I've found that making certain changes causes Bukkit to crash, so keep an eye on the console where you started Bukkit to make sure nothing bad happened. If anything bad does happen, you might want to use control-c to stop the server. Then you can delete the world, world_nether, and world_the_end directories in ~/Local/bukkit_server and restart the server.

jjinux said…
I think I finally figured out why it would disconnect me when running my script. I saw a message that said:

23:17:49 [WARNING] myaccountname was kicked for floating too long!

When I clear the landscape, I delete stuff from under my avatar's feet. This leads to my avatar floating. That's what causes it to crash.
11:20 PM

I am running minecraft on a Mac and cannot find a way to cmd-tab out of the game to run the python files from a terminal window.

jjinux said…
Hey, Zak, thanks for your comment. I actually can't remember. Does hitting escape work? You might want to Google for instructions on how to get out of full screen mode.
4:32 PM

Unknown said…
you can just use T-key which is meant for chat but it actually cmd-tab out of the window
10:21 PM