Showing posts from January, 2012
Show all 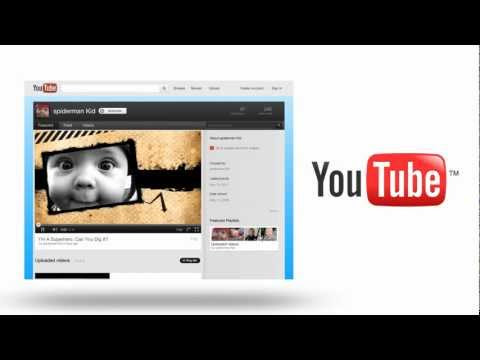 I'm proud to announce that we launched a new YouTube.com/create partner, Vibop:Vibop makes your videos shine with just a few clicks. Add an animated intro, a vintage filter, a cartoon look, a silent movie theme, and dozens of other effects. Brighten dark images and fix a shaky camera. Fun, fast, and easy, Vibop will take your memories to the next level! 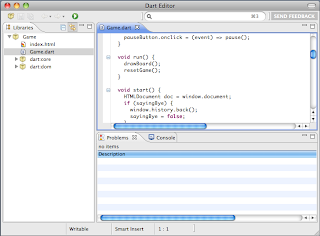 I gave a talk on Dart last night at BayPiggies. We had a great turn out, and the crowd was super interactive! Never underestimate a Python programmer's ability to question every aspect of a new programming language, especially one that uses curly braces and semicolons ;)

- January 24, 2012
These days, applications are so complicated and contain so many layers that it's difficult to know where to start. Should you work bottom up or top down? How much should you work on one layer before starting to work on the next layer? How can you ensure that the layers work properly together? Building a walking skeleton and managing a TODO document in outline format are two techniques that work well together to conquer complex problems, even ones involving multiple layers. Best of all, you don’t have to worry about trying to get things right the first time or getting lost along the way.A Walking Skeleton is a tiny implementation of the system that performs a small end-to-end function. It need not use the final architecture, but it should link together the main architectural components. The architecture and the functionality can then evolve in parallel. -- Alistair CockburnBuilding a walking skeleton is a great way to handle the complexity of dealing with multiple layers. Start wit…
3 comments
Read more

Books: Out of their Minds: The Lives and Discoveries of 15 Great Computer Scientists

- January 16, 2012
I just finished reading Out of their Minds: The Lives and Discoveries of 15 Great Computer Scientists. In short, I liked it. I wouldn't say I liked it as much as, say, Coders at Work, however, I'm glad I read it. What I liked most about it was that it contains biographies from really early computer science pioneers such as Ada Lovelace, John von Neumann, John Backus, and John McCarthy. I know computer history after 1970 really well, but this book contains a lot of stuff from before 1970.

I jotted down a few interesting tidbits while I was reading the book. However, since I read the Kindle version of the book, I only have percentages, not page numbers. Anyway, I hope you're as entertained by some of these as I was.

John Backus, who lead the team that created Fortran at IBM, flunked out of college [2%]. He had a metal plate installed in his head [3%]. He disliked calculus but liked algebra [3%] (just like me!). These days, Backus is a proponent of functional programm…
2 comments
Read more
More posts